The event is scheduled for November 26, 2021 beginning at 5:30 pm, check back for further details.

The Village had its beginnings in 1817 when settlers from New England homesteaded by the side of Camel Creek.  Their neighbors included the Wolf and Chippewa Indians.  Henry Thorndyke and James Fowler became the first landowners of the twenty-five square miles of the newly formed Township.  James Fowler named the new territory after his home, Westfield, Massachusetts.

Westfield Center, located in southern Medina County, was established in 1826.  The Village was laid out as a typical New England settlement with a central four  acre green.  The Village Hall, facing the commons, was built two  years later and was soon joined by two  churches, a general store and an inn.  The Post Office came in 1836 and the Village somehow became known as LeRoy.  The name issue was resolved in 1971 when the Village was once again named Westfield Center.

A new Village Hall, housing the municipal government offices, the Police Department and the Post Office, was dedicated in 2001.

No historical sketch, however brief, can ignore the impact of the Westfield Group.  The presence of “The Company” put the tiny Village “on the map”.  Chartered by the Ohio legislature in 1848, the Ohio Farmers’ Insurance was founded by local farmers.  In 1971, in conjunction with the Village name change, the Ohio Farmers’ Insurance became the Westfield Companies.  Originally critics said the business could not succeed.  The Company has now been in business for more than 160 years and contributes to the financial stability of the Village.  The Westfield Group is a recognized good citizen of the community.

The event is scheduled for November 26, 2021 beginning at 5:30 pm, check back for further details. 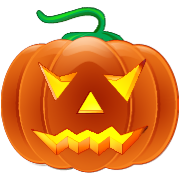 The Village of Westfield Center Planning Commission held a Public Hearing on August 31, 2021. The Planning Commission passed a motion to recommend that Council approve Zoning Ordinance Amendments to Chapter 1280 which include Sign Schedule 1280.07-A (Residential); Sign Schedule 1280.07-B (Commercial); Section 1280.12 (Prohibited Signs); Section 1280.13 (Signs not Requiring a Zoning Permit) as …

If you need immediate help call 911 to have help dispatched.

There are no upcoming events.

There are no upcoming events.